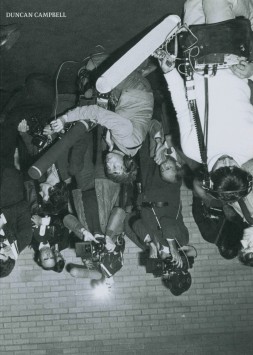 Duncan Campbell is winner of the Turner Prize 2014

This survey of Duncan Campbell’s inventive and provocative practice looks back over a number of arresting, meticulously assembled film works that this Dublin-born, Glasgow-based artist has produced during the last decade, and coincides with the launch of the latest in that series, Make it new John (2009).

The book features a new essay by Martin Herbert, and an in-conversation between the artist and critic, Melissa Gronlund.

Published by Film and Video Umbrella and Tramway