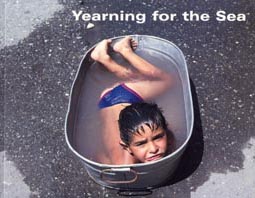 The 1990s were tumultuous times for Armenia, still recovering from the devastating 1988 earthquake. When the country gained independence in 1991, after 70 years of Soviet rule, it was fighting a war with neighbouring Azerbaijan and facing economic collapse. Situated at the edge of competing empires, Armenia has somehow retained an identity and, for the first time since 1375, will celebrate 10 years of independence as a sovereign state in 2001. Garo Keheyan, a diaspora Armenian, the writer Philip Marsden and photographer J C Tordai were all frequent visitors to Armenia during these early, painful years of transition. They give their impressions and evoke the mood of the period, showing a place no longer properly Soviet but not yet wholly Armenian, a limbo that today has all but disappeared.

£22.50
Buy now
(Your order will be fulfilled by Ingram Publisher Services)