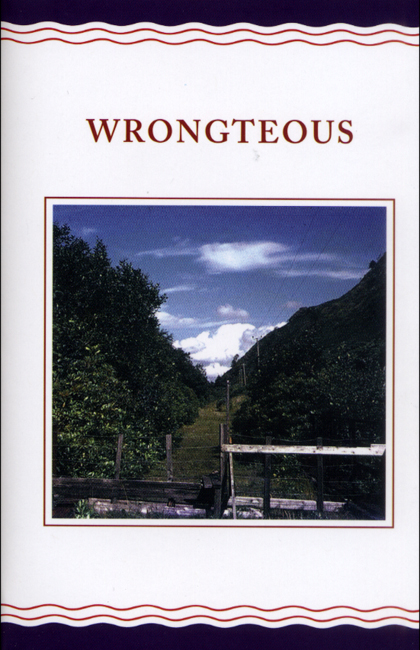 Wrongteous is a one-off hardback book publication, with colour plates, which incorporates existing and newly commissioned UK and international art and writing. The collection is not centred around a narrow theme, but all the works in it share a general attitude: one of moral uncertainty and social and personal malaise.

The works connect this attitude across varying styles and historical periods, underlining the continuing relevance of subtle but profound unease to the practice of making art. We have chosen images and stories that – though this sounds like a contradiction – share a clarity in the way they address ambivalence, whether in moral or subjective terms, often exploring carefully balanced contradictory elements that stay productively unresolved.

The works avoid sensational or gratuitous content, but often use seemingly traditional forms or techniques to speak of deeply troubling modern anxieties. The intention of Wrongteous is to allow the works within it to create relationships with each other that are not prescribed by a dominant curatorial conceit or any simple geographical or formal connection between the artists or works.