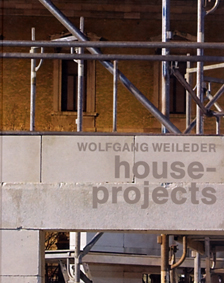 The house – projects of Wolfgang Weileder offer an exciting perspective on the relationship between time and space, on the interface between reality and virtuality and re-define the interconnection between architecture and art in public space in a novel and trend-setting way.

house – birmingham was a highlight in Ikon Gallery’s recent artistic programme. Off-site, located in Birmingham’s Centenary Square, it was seen by hundreds of thousands of people, a potentially endless process of construction and deconstruction. It was not a finished, self-contained work of art but a process, an ongoing cooperation between participants, before disappearing as it appeared, out of nowhere.

£12.95
Buy now
(Your order will be fulfilled by NBN International)