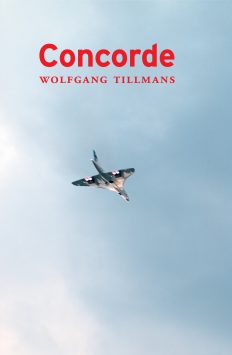 REPRINTED IN 2017 DUE TO POPULAR DEMAND

‘Concorde is perhaps the last example of a techno-utopian invention from the sixties still to be operating and fully functioning today. Its futuristic shape, speed and ear-numbing thunder grabs peopleʼs imagination today as much as it did when it first took off in 1969. Itʼs an environmental nightmare conceived in 1962 when technology and progress was the answer to everything and the sky was no longer a limit…

For the chosen few, flying Concorde is apparently a glamorous but cramped and slightly boring routine whilst to watch it in the air, landing or taking-off is a strange and free spectacle, a super modern anachronism and an image of the desire to overcome time and distance through technology.’ — Wolfgang Tillmans