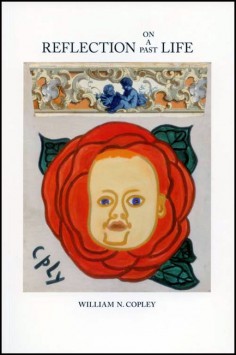 There can hardly be a better introduction to modern art than this humorous yet insightful book by a contemporary personally admitted into this fascinating, occasionally bizarre world through his encounters with key figures such as Man Ray, Max Ernst, Marcel Duchamp, and René Magritte.

William Copley inherited a fortune as a young man and used his wealth to open a gallery in Beverly Hills shortly after World War II.

Financially, the business was a flop, but Copley’s attempt to bring culture to the natives of Hollywood won him a place in the annals of art history.

Copley himself was a painter and could well understand the work and thought processes of his heroes and coevals.

This essay, written in 1976 for the exhibition Paris–New York, frankly and engagingly depicts episodes in the lives of Surrealist artists from the perspective of a younger colleague in a portrayal that is at once revealing and intimate.