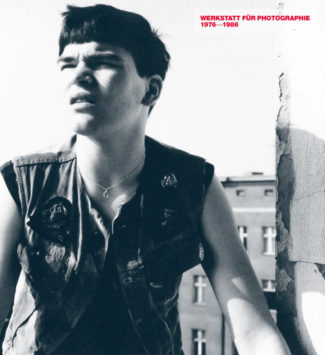 This is the first book about the history, influences, and impact of the Werkstatt für Photography (Photography Workshop) founded by the Berlin photographer Michael Schmidt at the Volkshochschule Kreuzberg, Berlin in 1976.

During the Cold War, the Werkstatt initiated an artistic ‘airlift’ to the United States, a democratic field of experimentation beyond the pale of traditional vocational and political-institutional standards.

Those same years witnessed the establishment of infrastructures in West Germany that paved the way for the emancipation of photography as an art form. These included documenta 6 (1977), the first photo galleries and photography journals, and a number of path breaking exhibitions. Berlin, Hanover, and Essen played important roles in that process.

All in all, the picture of a medium in transition emerges, a medium that developed an autonomous form of artistic authorship in the field of documentary. This book presents the story of German photography in the 1970s and 1980s, its international ties, its protagonists, and its networks.

Featuring the work of German and American photographers of the era, such as Ulrich Wüst, Diane Arbus, Michael Schmidt, Larry Clark, Christa Mayer, William Eggleston, Ursula Kelm, and Stephen Shore, among others.

On the occasion of the 40th anniversary of the Werkstatt für Photographie, the Museum Folkwang, Essen, C/O Berlin, and the Sprengel Museum Hannover concurrently present this joint exhibition project, 9 December 2016 – 19 March 2017.