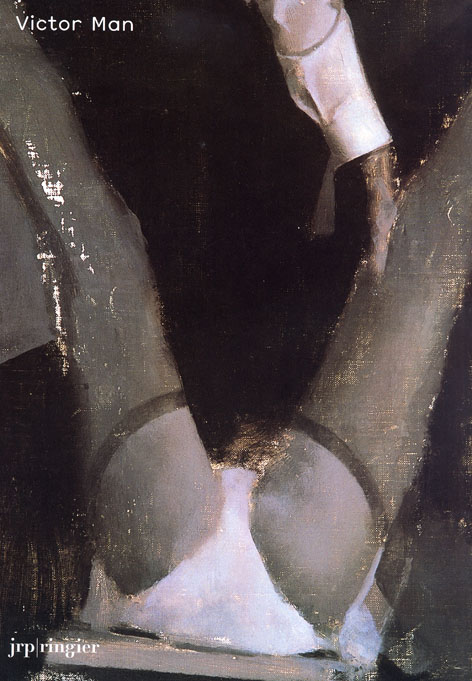 Romanian artist Victor Man won international renown when his work was presented in the Romanian pavilion at the last Venice Biennale. The event confirmed the strength of his work, which, in just a few years, has established him as one of the most interesting voices from Eastern Europe.

This first monograph documents a large portion of his artistic output, which ranges from painting to sculpture, from installation to wall painting and printing. Using these tools, he builds installations in which the motif of memory intertwines with themes such as personal history, collective narration, eroticism, power, desire, and the feeling of loss.

The objects and images that he uses come from a more or less recent past: they have been removed from the passage of time or taken from magazines and books that, detached from their original context, take on new values and stimulate new narrations. The world of Victor Man is at times a dark one, in which reflections on the feeling of belonging and the nature of political and national identity overlay a more general contemplation of the human condition, melancholy, the violence of existence, and solitude.