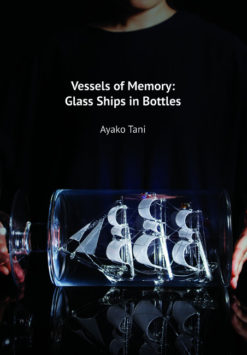 Since the early 1960s, glass ships in bottles have been made in the renowned shipbuilding and glassmaking city of Sunderland in the North East of England.

This new enterprise was highly successful, and these Sunderland-made products were exported all over the world. Today, production has been outsourced to China using the original machines from Sunderland.

Artist and researcher Ayako Tani has archived this little-known aspect of our local history, building a collection of these vintage glass ships in bottles and interviewing the people who made them.

She has learnt how to make glass ships in bottles in order to preserve these making skills for the future and create a new series of artworks.