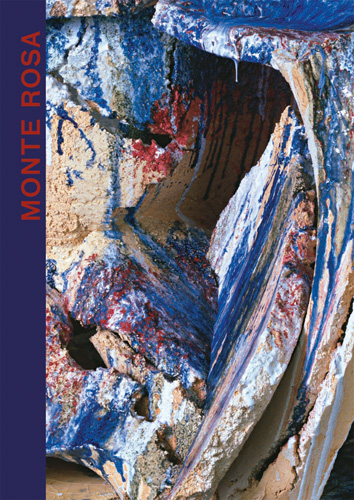 In his work, the sculptor Uwe Karlsen favours mouldable materials like clay or wax that allow him to manipulate something from the depth of the material onto the surface.

Thus he brings heavy masses of carefully modeled clay to collide – e.g., by dropping them over the thick plates of a kiln or over a steel plate – and so, by means of the released energy, bring something into being that is undefined but at the same time complex.

The results that materialise from this spontaneous act obey a choreography that develops its own dynamism.

The artist then coats the clay models with a glaze, whose final look is completed by the process of viewing them in space.

In this book the artist describes his singular modus operandi in conversation with Raimund Stecker and Niels Dietrich, in whose Cologne workshop he produces his works.