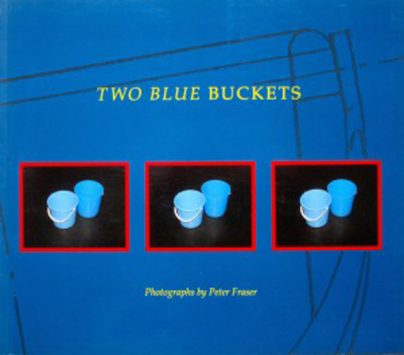 Peter Fraser is a native of Wales, born in Cardiff and brought up in the valleys. For the Valleys Project he re-visited areas familiar to him as a child and generated pictures, oblique but inextricably related in some way to his childhood experiences.

He says about the project, “I’m personally inclined towards what could be called a peripheral use of photography because of the way I see the world – I would say that these photographs, while not didactic in their construction, could not have taken anywhere else…they are of the valleys.”

Devoid of people, Fraser’s photographs are an intense, and clearly personal depiction of a place which holds many evocative associations. This intimate set of images retain a childlike curiosity; a vocabulary beyond what is visible to the passer by, past surface impressions. What Peter Fraser appears to achieve in this body of work is a perspective, which does not allow prejudices or presumptions to bear on direct experience.

Ffotogallery originally established the Valleys Project in 1984, as a unique undertaking to document what has to be one of the most captivating yet industrialized landscapes of Northern Europe.

During the five years of the project to 1990, it brought together the work of photographers resident in Wales and from further afield, to create a contemporary visual record and social commentary encompassing a broad geographical spread of the South Wales Valleys. Photographers included David Bailey, John Davies, Peter Fraser, and Francesca Odell, among others.

£10.95
Buy now
(Your order will be fulfilled by Ingram Publisher Services)