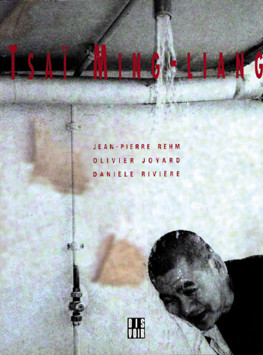 His films often use water in its multiple capacities – cleansing, raining, nourishing, flooding – to symbolize his character’s emotions.

Depicting the human body as a mysterious, malleable machine, consuming and excreting on its own volition, bodily functions become metaphors for loneliness, desire, decay and escape.

His obsessive and isolated characters give his films a bleak outlook, but they also embody a wry sense of absurdist humour.

This is the first book devoted to Tsai Ming-Liang’s work.