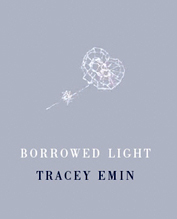 The Venice Biennale of Art is the world’s premier showcase of contemporary visual art. Under this year’s theme, Think with the Sense – Feel with Mind. Art in the Present Tense, Tracey Emin is exhibiting new works in the British pavilion.

New and previous works by Tracey Emin go on display for the first time ever in her exhibition Borrowed Light. The Turner Prize nominee is the second solo British female artist to exhibit in the British Pavilion after Rachel Whiteread in 1997.

Andrea Rose, Commissioner for the British Pavilion, says: ‘Tracey’s work goes from strength to strength. She’s a storyteller with an extraordinary ability to scratch away the surfaces to what lies below. This is a great moment to see her work in an international context and at a distance from the Young British Artists generation with which she came to prominence’.

This catalogue contains over 70 colour images of the artist’s paintings, embroideries and monoprints which cover seven ‘themed’ bodies of work from 1990 to the present. 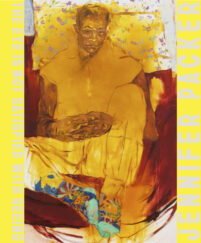