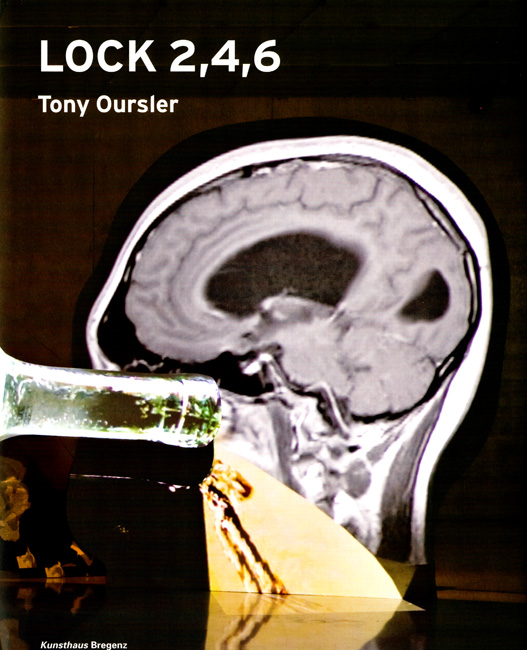 Developed over a number of years in conjunction with the Kunsthaus Bregenz, Lock 2,4,6 by Tony Oursler is designed for, and inspired by, the provocative building and galleries designed by Peter Zumthor.

The concept of Oursler’s installation is to capture a chain of events, frozen moments interlocking a number of systems: epistemological, social, anatomical and linguistic.

Soliloquies, rituals, and performances are captured in video and projected into a three dimensional screen space.

This combination of moving image and plastic media is played out in looped actions that continue throughout the galleries.

The overall effect is immersive, of being caught inside an uncanny system that seeks an impossible balance from the confusion of input and output, from drives and compulsions and substances, in the never-ending struggle, a doomed enterprise, to arrive at homeostasis.

Viewers become part of the art and analytical process by moving from element to element tracing the flow of cause and effect through the various floors.

Published on the occasion of the exhibition Tony Oursler: Lock 2,4,6 at Kunsthaus Bregenz, October 2009 – January 2010.

£44.00
Buy now
(Your order will be fulfilled by Ingram Publisher Services)