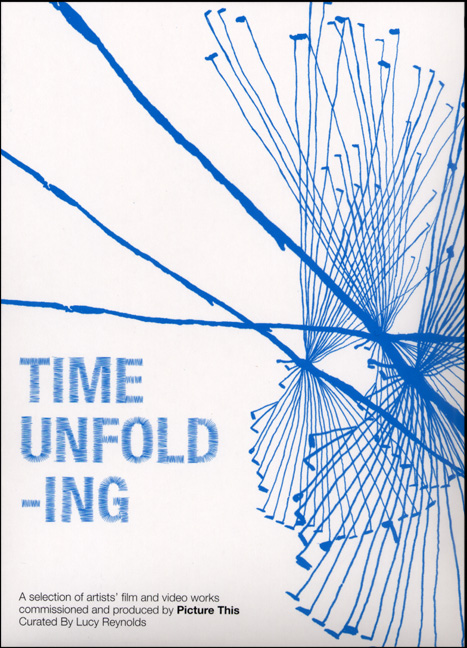 Time Unfolding is a selection of film and video works commissioned and produced by Picture This between 2000 and 2007.

This anthology has been selected by the writer, artist and film programmer Lucy Reynolds and includes projects that translate as a single screen programme.

‘Whilst the subject matter explored within these Picture This commissions are diverse, all reveal an engagement outside expected frames of reference. This is not to suggest that the works featured do not have an autobiographical element, indeed the artist sometimes becomes an integral part of work: draughtsman, trespasser or Hollywood maid.’ (Lucy Reynolds)

£16.99
Buy now
(Your order will be fulfilled by Ingram Publisher Services)