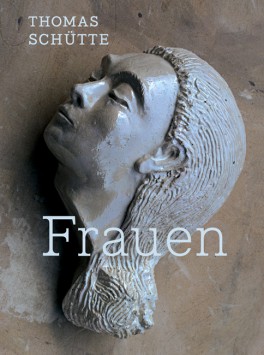 Thomas Schütte is one of the most singular of present-day artists, who ventures to deploy techniques, genres and themes long thought passé, such as the sculpturally formed female figure in permanent materials like bronze, aluminium and steel.

Preceded by small ceramic figures, the female sculptures came about at the end of the 1990s and show the gamut of his experimental praxis. The first reclining female nudes can still be assigned to the entourage of classicist figures from the early twentieth century and recall Maillol’s weighty nudes.

In contrast, the following monumental Frauen with sawn-off limbs, distortions, bodies  steam-rolled flat, in tantalising poses – ruthlessly exposed on steel work tables – resist any attempt to categorize their style into the canon of official art history. These still have their justification, Schütte says, ‘now that there’s no longer the stress of having to start a revolution at every and any occasion’.