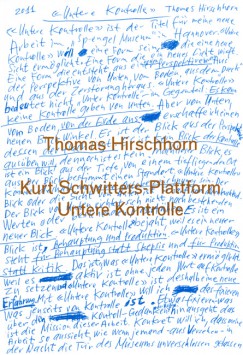 Hirschhorn’s work is distinguished by a synthesis of sculptural concern, political commitment and critical thought. Most of the Swiss artist’s works have been temporary and carried out in public.

These include, among others, the Bataille Monument, which he created in 2002 during the documenta 11 exhibition in Kassel; as well as the street altars he constructed in various cities and dedicated to artists such as Piet Mondrian and Ingeborg Bachmann.

‘I do not want to invite or oblige viewers to become interactive with what I do; I do not want to activate the public. I want to give of myself to such a degree that viewers confronted with the work can take part and become involved, but not as actors.’ (Thomas Hirschhorn).

Hirschhorn represented Switzerland at the Venice Biennale in 2011.