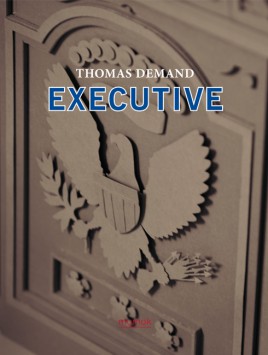 As a compliment to the extensive range of literature on the work of Thomas Demand, this book explains the artist’s working method using two striking and complex pieces: Presidency, 2008 and Embassy, 2007.

For the first time, the production process of these works is documented, page for page, in illustrations. At first the photographs appear to be of real, existing places. At second glance, however, they prove to be clever reconstructions of reality.

Using photographic templates from the media, the artist builds life-size models, accurate to the smallest detail, which he then photographs, and finally destroys.

Behind his work, which is originally based on a sculptural concept, is an extremely labour-intensive and time-consuming process.