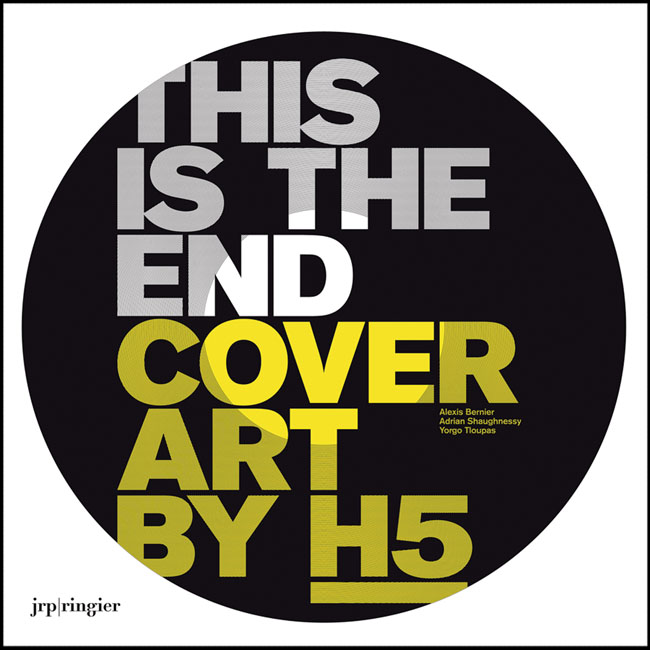 Ludovic Houplain and Antoine Bardou-Jacquet (H5’s founders, soon joined by Hervé de Crécy) started by making sleeves for their friends Etienne de Crécy and Alex Gopher, using typography rather than photos and an economical two-color esthetic—which finds one of its most striking example in the Superdiscount cover for Etienne de Crécy.

Their video clip for The Child by Alex Gopher, a typographic animation, soon became a reference of this new style and brought them to collaborate with Röyksopp, Goldfrapp, and Massive Attack.

The book focuses on their work for music, and especially with bands associated with the French Touch moment. It includes their major realizations in the field as well as several essays and an interview discussing their work politics and esthetic breakthrough.

This publication comes with an original 12″ vinyl record, released on this occasion by musicians Alex Gopher, Air, and de Crécy & Darkel.