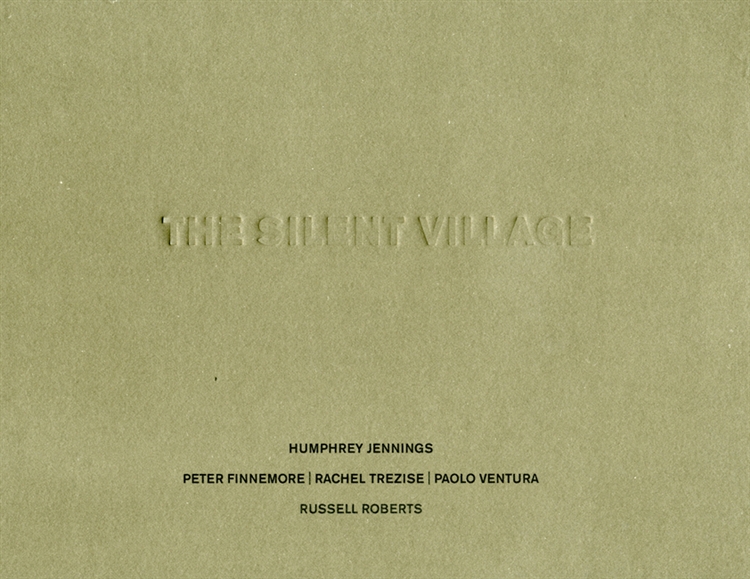 On June 10 1942, the Czechoslovakian village of Lidice, near Prague, was obliterated by the Nazis following the assassination of Reinhard Heydrich by the Czech resistance.

Throughout the West, news of the atrocity was met with outrage that inspired various acts of commemoration including poems, novels, symphonies and films.

Within weeks of the Lidice tragedy, work had begun on translating those events into a film supported by the Ministry of Information, London, and made in South Wales.

Under the supervision of the artist, poet and filmmaker Humphrey Jennings, they made a short film, The Silent Village (1943), recreating the fate of Lidice.

This publication reflects on the distinctive relations of time and place that defined Humphrey Jennings’ original film.

The artists Paolo Ventura and Peter Finnemore, the writer Rachel Trezise, curator Russell Roberts and film historian David Berry, offer contemporary responses to a film that is both a reconstruction of the Lidice atrocity and an account of Welsh life in the early 1940s.

The representation of atrocity inevitably carries with it a number of ethical questions. The responses here are on occasion necessarily troubling; there can be no simple reconciliation with such traumatic historical events.