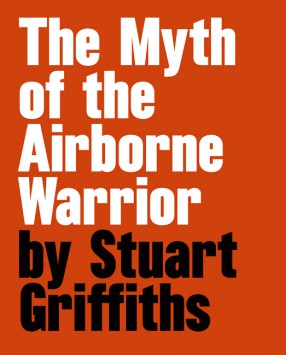 This Photoworks publication is the result of an ongoing engagement of the work of Stuart Griffiths made during his time as a member of the 3rd Paratrooper Regiment serving in Northern Ireland in the late 1980s and early 1990s.

These photographs are made before Griffiths received any formal training in photography and are documents of his experience of soldiering towards the end of the ‘Troubles’. They are raw snapshots made for his own personal album, but powerfully evoke a sense of boredom, frustration and fear felt by the group of very young men he was serving alongside.

The images are accompanied by Griffiths’ first-person narrative describing his changing feelings towards his choice to become a soldier and the validity of the British Army’s position in the conflict.

Five facsimile artefacts from the ephemera collection Griffiths assembled himself during his tour of duty are included with each copy.