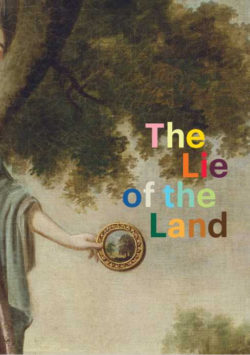 The Lie of the Land charts how the British landscape has been radically transformed by changes in free time and leisure activities since the recreations of the aristocracy were enjoyed on the rolling hills of their private estates. The exhibition’s ambition is to capture a visionary spirit of grand designs tempered by the realities of political expediency, across a time-period of four centuries.

In part, tracing a line between Lancelot ‘Capability’ Brown’s aristocratic gardens at Stowe (1740s) and the social, urban experiment ‘new town’ of neighbouring Milton Keynes (1960s), the exhibition and this accompanying publication tease out the aspirations that underpin our built environments.

The Lie of the Land examines the modernisation of leisure propelled by industrialisation: in particular during the Victorian era, with its social reforms aiming to improve urban living conditions, which is represented by the Parks and Garden City Movements.

The exhibition highlights campaigns to democratise space, from the 17th century Levellers to the 1930s Ramblers. It looks at how people occupy public space politically (i.e. Greenham Common Women’s Peace Camp), and the communities that have been excluded through structures of race, gender, disability and class.

In the 21st century public resources are under increasing pressure and placemaking/regeneration central to urban development. The Lie of the Land explores the role of culture in this process.

Published on the occasion of the exhibition, The Lie of the Land at Milton Keynes Gallery, 16 March – 26 May 2019.