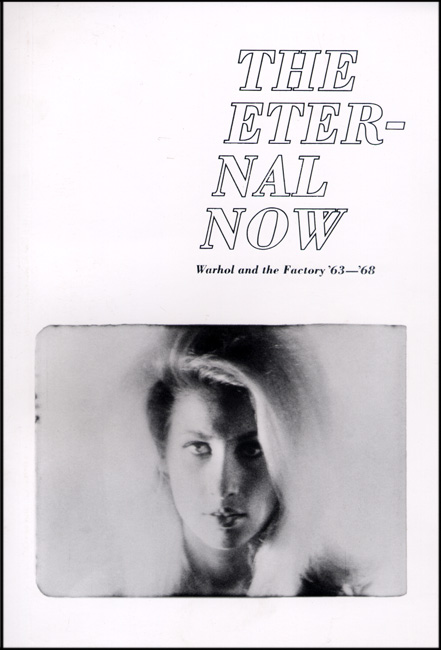 The Eternal Now is a major exhibition that marks the work of Andy Warhol and those involved in his expansive studio, the Factory –  a centre of experimental art production in the 1960s. The exhibition brings from the Warhol Museum in Pittsburgh some of the most important work emerging from the studio from 1963 to 1968 including film, painting, photography, sculpture, music and books.

In 1964 Warhol moved into what became known as the Silver Factory and until 1968 this space provided a physical and conceptual framework for a broad range of activity that pushed the boundaries of what art production can be and helped define our contemporary ideas of the role of the artist.

Between 1963, when he bought his first 16 mm movie camera, and 1968, Andy Warhol led an intensive period of film-making from the Factory, which challenged the conventions of cinema and blurred the lines between fiction and reality. During this period Warhol expanded his practice into a collaboration with the seminal band the Velvet Underground.

The exhibition includes films and music resulting from this collaboration. This exhibition presents a rare opportunity to address the creative legacy of Warhol and those artists working with him during this extraordinarily productive period of the Factory’s history.

This catalogue is published on the occasion of The Eternal Now exhibition which tours from The Model Arts and Niland Gallery, The Lewis Glucksman Gallery, and Ikon Eastside in 2008.