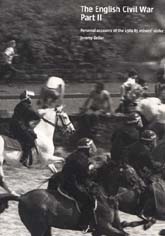 Initiated by artist Jeremy Deller, The Battle of Orgreave was the partial re-enactment of one of the most violent clashes between striking miners and police during the 1984–85 miners’ strike.

The original stand-off took place on 18 June 1984, the re-enactment some 17 years later, on 17 June 2001. This book contains a series of personal accounts by people who were all in different ways involved with the strike and the re-enactment. For example, there is the story of Mac McLoughlin (former miner and policeman on duty during the strike), who talks about the build up within the police force to that memorable confrontation.

Stephanie Gregory (Women Support Group) reminisces about the effects on family life and about how many women supported their partners throughout the strike and afterwards. Finally, Howard Giles, who was involved with the precise orchestration of the re-enactment gives a moment to moment analysis of the battle strategy of the events on 18 June 1984.

The texts are accompanied by a wealth of images, pamphlets, news clippings, photos from people’s personal scrapbooks, song texts, and a section with photographs of the enactment. The accompanying CD contains over an hour of interviews with former miners and some of their wives.