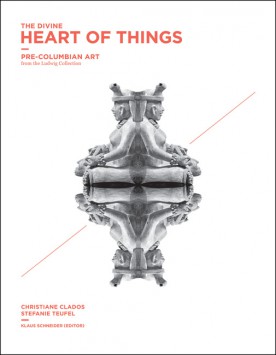 Pre-Columbian art – a large proportion of the artefacts deriving from a ritual context – was among the early passions of the collector couple, Irene and Peter Ludwig.

The collection today is a permanent part of the inventory of the Rautenstrauch-Joest Museum – Cultures of the World in Cologne.

This catalogue presents about 200 objects – mainly artefacts made from stone, clay and gold. One third of the exhibits come from Mesoamerica; two thirds from South America.

North America is represented by a small group of ceramics from the Mimbres Culture.