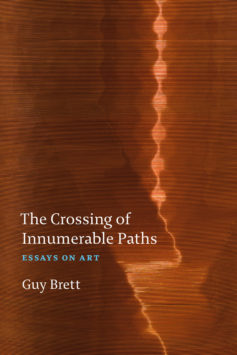 The celebrated British art critic and curator, Guy Brett (1942–2021) was a leading writer who made a significant contribution to art criticism and curating, in particular to the development of art internationally. From the 1960s onwards he championed influential and experimental artists across the world through some key exhibitions and publications.

The fourteen essays in this book bring together a unique gathering of artists, tracing their diversity and singularity to reveal the uniqueness of each one. Many of these artists make works which arise out of their response to the situation or the environment in which they find themselves, a process that draws on the hundreds of ways people connect, the countless interactions people have in any place, in any medium, and in any real or imaginary way.

Brett’s writing has a unique tone – lucid and widely researched, free of a narrow academicism. He has published widely in the art press and has produced numerous essays, including those in this book, addressing topics such as the relationship between art and life, ideas about the participation of the spectator, performance art, and the importance of a kind of visual wit to both artists and writers.