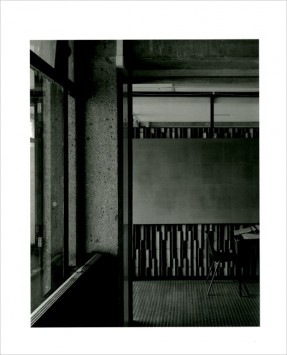 This is an illustrated catalogue to accompany Stuart Whipps’ show at Ikon, including an essay by Birmingham novelist Catherine O’ Flynn.

The major work of this exhibition, Why Contribute to the Spread of Ugliness? (2011), centres on 487 boxes of archived paperwork from the architectural practices of John Madin.

John Madin, active in Birmingham for over 30 years, designed many buildings that defined Birmingham as a modernist city. Several have since been pulled down or are under threat of demolition.

Birmingham Central Library, the largest civic library in Europe and considered by some to be a landmark of post-war functionalist architecture in Britain, is due to be demolished in 2013.

Whipps focuses on archival material relating to Madin’s work on the library, the former Birmingham Post and Mail printworks and the Queen’s Square shopping centre in West Bromwich, amongst others.

Published on the occasion of the exhibition Stuart Whipps: Why Contribute to the Spread of Ugliness? at Ikon Gallery, 30 November 2011 – 5 February 2012.