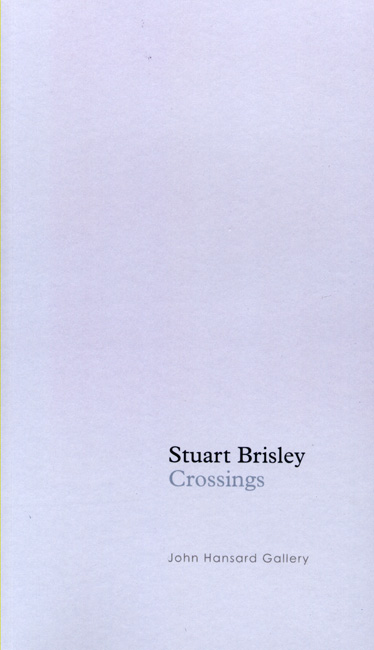 Stuart Brisley has been a prolific contributor to the British and international art scene since the 1960s as an artist, writer and educator. The John Hansard Gallery has commissioned a new body of work relating the sinking of two famous ships to the follies of mankind.

After leaving the Port of Southampton on its maiden voyage in 1912, the sinking of the Titanic, with the loss of 1523 lives, represented the confidence that the machine age would conquer nature. In 1994 the sinking of the MV Estonia Ferry in the Baltic Sea, with 852 lives lost, is surrounded still by conspiracy theories of military involvement.

Also examined in this publication are these events in relation to Caspar David Friedrich’s painting The Arctic Sea (The Destroyed Hope), 1823 – 4 depicting a vessel submerging beneath huge plates of broken ice – a reflection upon doomed humanity and the immensity of nature.

£9.95
Buy now
(Your order will be fulfilled by Ingram Publisher Services)