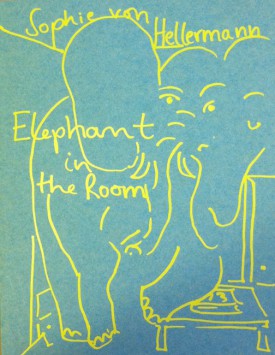 Sophie von Hellermann’s large-scale, narrative paintings have been described as a ‘meltdown of images from books, films, art history, the media and her own life’. Using rapid, broad brushstrokes to apply pure pigment to her canvases, her works have a hazy, dream-like quality.

For her exhibition at firstsite von Hellermann produced a series of paintings inspired by literal readings of English idiomatic expressions, including the exhibition title, Elephant in the Room.

Works include a 7.5-metre high ‘pyre’ of portraits inspired by the witch trials that took place in Essex during the English Civil War and a mural running through the building that pictures scenes from 1,600 years of Colchester’s history from the Roman colony of Camulodunum, to the siege of Colchester in 1648.