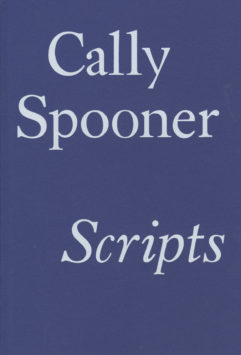 This new title contains British artist, Cally Spooner’s complete scripts to date. As an artist who writes neither from a confessional standpoint, nor from the position of fragmented ‘art writing’, her prose makes the verbal visual, and focuses on a visceral use of text as an invitation to act.

Spooner narratives operate energetically in collective schisms through being performed, and often collapse to attack the spectator, observer or reader. Importantly, the artist appropriates historical voices as a mode of activity, and uses theory to ignite imaginative scenarios.

This book is the first in the ‘Slimvolume Synthesis’ series, a sequence of publications that includes texts by artists, critics, curators, poets and theorists to produce new creative disjunctions between art and writing.

Spooner has had recent solo exhibitions at Stedelijk Museum, Amsterdam and the New Museum, New York. Recent group shows include those at REDCAT, Los Angeles, the Aspen Art Museum, Aspen, and the Biennale of Moving Images, Geneva.

In 2013 the artist received a Paul Hamlyn Foundation Award for Artists. 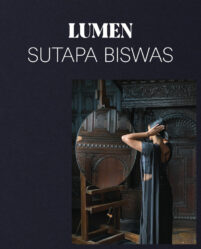