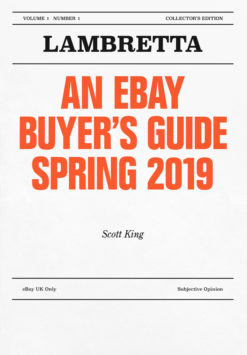 In the early 1980s, Scott King fell in love with the gleaming hordes of Lambrettas that would pass through his hometown of Goole, East Yorkshire en-route to scooter rallies in Skegness and Scarborough.

King bought his first Lambretta aged fourteen and has been passionate about them ever since. Having not owned a scooter for almost ten years, King now spends many hours poring over eBay UK assessing the merits of Lambrettas that he will never buy.

King’s latest book is a genuine – if highly subjective and non-professional – buyer’s guide that wryly illustrates some of the nuances and eccentricities at the heart of Lambretta ownership. King describes this book as “the reciprocal for a lifetime’s accumulation of useless knowledge… expressed in a quasi-impenetrable language”.

The book could also be read, not only as an indulgence of King’s nerdish love of Lambrettas, but as a unique take on the inherently self-indulgent nature of the ‘artist’s book’ as a form.

King’s work has been exhibited internationally in both commercial galleries and institutions; his most recent work, 77 Barton Street – a full-scale wax rubbing of the facade of former Joy Division singer Ian Curtis’ home in Macclesfield, England – is currently on display as part of, Hyper! A Journey in Art and Music at Deichtorhallen, Hamburg. 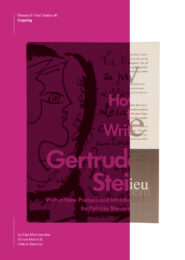 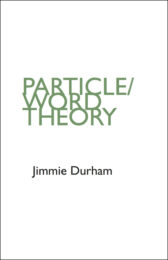 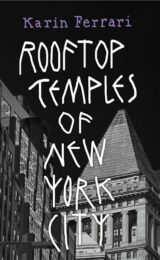