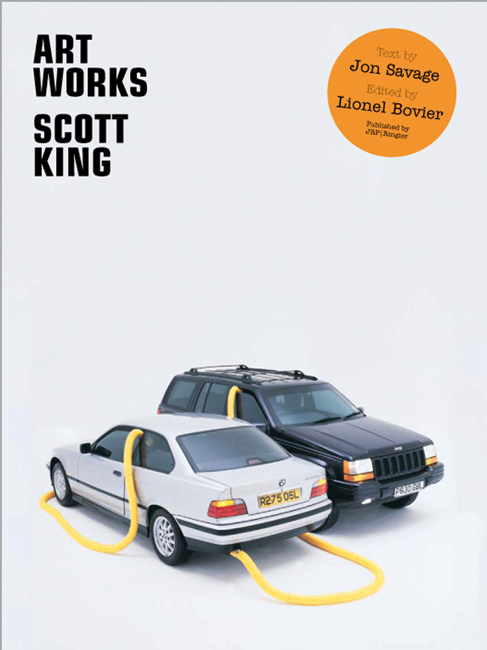 Using the languages of commerce, visual communication, and bureaucracy, his works, always imbued with a deadpan humour, aim at a complex of psychological, sociological, and political content.

If the results often resemble a hybrid of information design and hard-edge abstraction, it is certainly due in big part to the desire to apply ‘order’ and ‘form’ to the chaos and formlessness of one’s life.

Using his positions in pioneering British-style magazines such as i-D and Sleazenation in the early 1990s, Scott King developed a form of hi-jacked public communication to spread his stories, ideas, and comments.