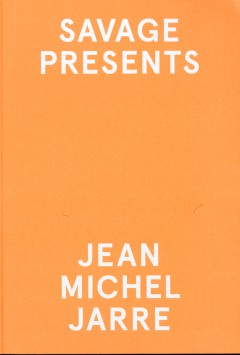 Savage was the recipient of the 2011 Rootstein Hopkins award, offering a promising Bristol-based artist his or her first major solo exhibition. The artist’s work engages with the culture of consumerism, apparently affirming and even celebrating it, yet with such a degree of futility and emptiness that it is ultimately negated.

Produced following the exhibition Savage Presents Jean Michel Jarre (22 October to 27 November 2011), this monograph includes a foreword by Spike Island director Helen Legg; ‘The Fantastic Form of Relation Between Things’, an essay by author and political activist Stephen Duncombe; and ‘Music for Supermarkets’, a conversation between Savage and Nav Haq.

The texts are accompanied by 14 pages of full-colour photographs from the Spike Island installation.

Published alongside an exhibition at Spike Island, 22 October – 27 November 2011.