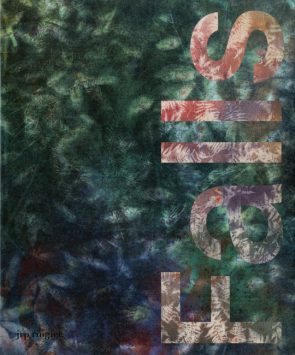 This first retrospective monograph of American artist Sam Falls (b. 1984, San Diego; lives in Los Angeles) spans his work from his beginnings in the 2000s to his most recent exhibitions.

Following the traditions of Minimalism and Land art, while pursuing a path toward abstraction, his oeuvre has undoubtedly been influenced by nature and the Los Angeles environment in which he lives.

His photographs, paintings, public installations, and sculptures display a certain poetry and a rare immediacy.

Previously a student of physics, linguistics, and aesthetics, he has long pursued a particular interest in the way in which natural phenomenon such as light, rain, and wind might impact his abstract paintings and sculptures.

The idea of a sublime deterioration, a controlled and predicted change on materials ranging from steel to cloth as well as others, creates time-based and hybrid work that forces the viewer to consider not only the final image, but, most importantly, the process of its change.