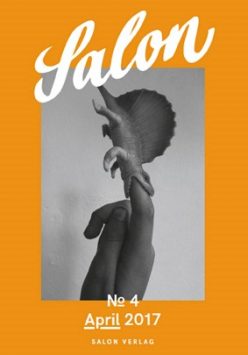 Nearly 40 years ago Gerhard Theewen founded Salon magazine with contributions by both known and unknown young artists. Between 1977 and 1982 eleven issues were published.

A special retrospective twelfth issue appeared in 1992 and a reprint of all the issues was compiled in two volumes in 2008.

In the spring of 2016 Salon was revived and again it has no texts or essays but presents artistʼs contributions created especially for the magazine.

Salon = a magazine AS art, not ON art.