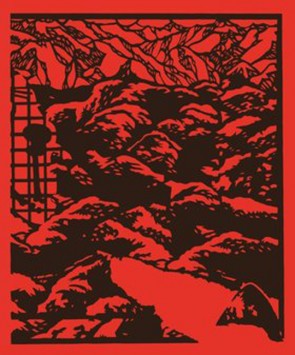 In the 1970s Rose Finn-Kelcey (1945-2014) became a central figure in the emerging communities of performance and Feminist art in the UK.

The complex thinking embodied in her work has touched on such themes as power and the dilemmas of mastery; the myth of the artist; the gaining of a voice; the deceptions of value; the nature of collaboration; the surrogate performer; spirituality; longing and death.

The performance Glory (1983) was a compelling reaction to the Falklands War, while Bureau de Change (1987) was a response to the auction of Van Gogh’s Sunflowers – a striking visual polemic against dehumanised values as well as a complex meditation on art and creativity.

This book is the first comprehensive monograph on the artist. It documents more than four decades of her art and includes over 150 illustrations, as well as important essays by Guy Brett, Sarah Kent and Michael Stanley.

£22.95
Buy now
(Your order will be fulfilled by Ingram Publisher Services)