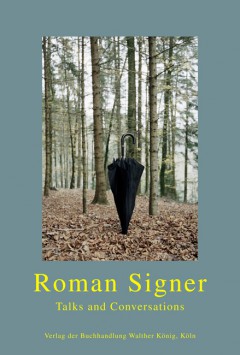 Roman Signer is a wonderfully witty and laconic writer. Only a few people know this side of the artist.

Published here, for the first time, are talks and conversations in which Signer discusses his youth in the Swiss Appenzell; his student years in Poland, where he met his wife, Aleksandra, and his early and difficult years as an artist.

He also discusses his later visits to countries such as Iceland and Japan, both of which he admires and which have influenced his work. Taken as a whole, the texts form a sort of autobiography.