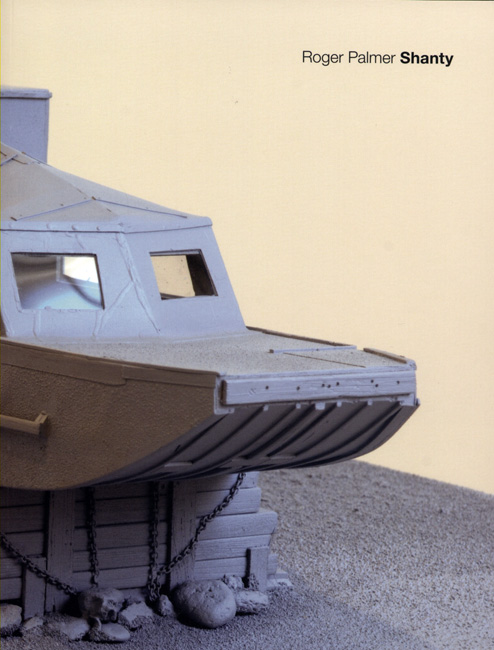 Shanty brings together a body of work made between 2004 – 07 in which historical instances of political failure and cultural change are explored, while tentative, dormant and forgotten connections are exposed. Black and white photographs made in eight countries are presented with documentation of four exhibition projects.

Botany Bay proposes connections between a derelict landing stage on a Leeds canal, where 200 years ago the first shipment of raw Australian wool was delivered.

In Caledonia, a 17th century attempt to establish a Scottish colony is recalled through projected photographs that document the dispersal of powdered herbs and spices used to stencil the word, ‘CALEDONIA’, on Caribbean and Scottish beaches.

Dusty wall-drawings of four former South African prime ministers are combined in Plume. While in the exhibition, Shanty, a beach is a site for vernacular architecture where a former military vessel becomes a houseboat, reminiscent of the informal housing of shantytowns.