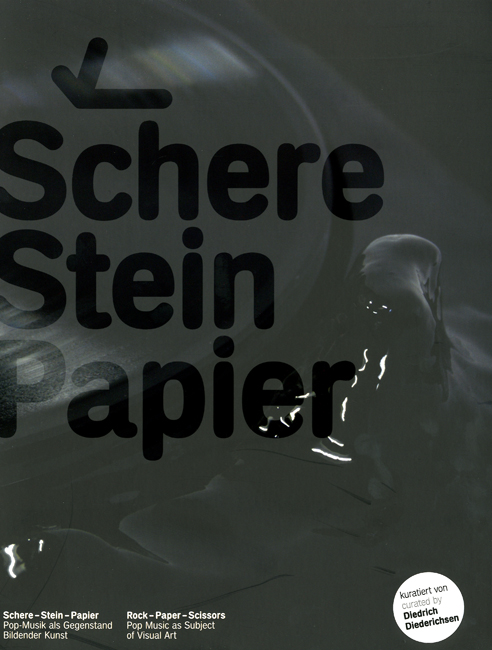 Pop music is a hybrid originally spawned by the parallelism of sound and image found in TV programmes, fanzines and record covers. At its heart is a feeling of direct involvement with people rather than musical values.

These can function as sex objects or the embodiment of new lifestyles. For art, the system of pop music is as much a disturbing mirror as a rival event. Rock – Paper – Scissors brings together artists whose works and techniques have long been defined by a close relationship with popular music.

In this catalogue, Dirck Linck, Nora Sdun, Christian Höller and curator Diedrich Diederichsen ponder about pop music and art and their wild but reciprocal relationship during the last turbulent fifty years between the first TV pop stars and the YouTube reality of today.

Published on the occasion of the exhibition Rock – Paper – Scissors at Kunsthaus Graz, June – September 2009.

£31.00
Buy now
(Your order will be fulfilled by Ingram Publisher Services)