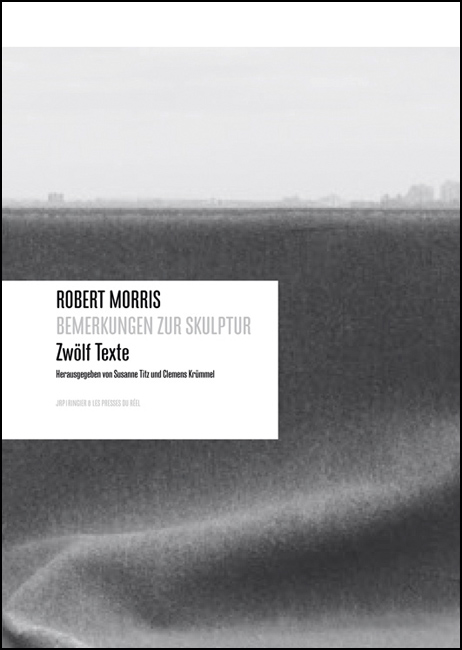 The work of American artist Robert Morris seems to find more and more relevance each year.

Often associated with Minimalist productions (such as those of Carl Andre, Donald Judd, and Dan Flavin) Morris’ work was in reality ‘multimedia’ from the outset and never determined by any style or form.

This publication is the first extensive German edition of his legendary texts, which have influenced art and artists alike since the 1960s – be it Minimal, Conceptual, or Land art.

Since his first essays, he developed a phenomenological approach, later broadened by an anthropological perspective and informed by linguistics and structuralism, which developed in parallel to his own sculptural and performative works.

In addition to landmarks essays such as Notes on Sculpture 1–4 and Anti Form, this book also includes more recent and autobiographical reflections that allow new readings of his work.

Published with the Museum Abteiberg, Mönchengladbach, as a special issue of the Positions series.