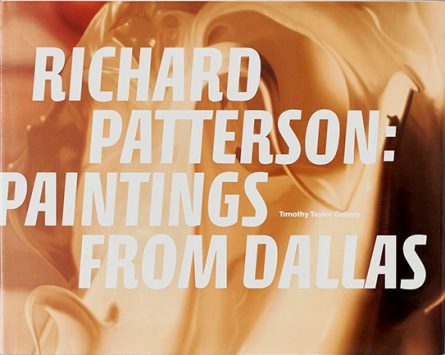 In his first solo exhibition in the UK since 1997, Richard Patterson unveiled a breathtaking group of new work that demonstrated his skill as one of Britain’s most important artists.

This selection of paintings and drawings is his critique of contemporary American culture and the experience of an Englishman living in New York and in Dallas, Texas.

Patterson creates paintings in the traditional medium of oil on canvas. He also embraces new technology to create unique computer-generated drawings, which assimilate images from the internet, the mass media, and details of his own paintings as a way of researching and developing each concept.

These paintings delight the viewer with their complexity and critique of the American way of life, its cars, guns, girls and media, and also provide a more instant aesthetic gratification with their sensual use of paint. He also pushes the boundaries of drawing, taking the influence of Richard Hamilton to another level and creating a new kind of computer-generated drawing for the internet age.

This catalogue features a text written by renowned British art critic and broadcaster, Matthew Collings who has made art documentaries for Channel 4 and the BBC, and published books with Phaidon and Tate Publishing.

Published on the occasion of the exhibition, Richard Patterson: Paintings from Dallas at Timothy Taylor Gallery, London (22 October – 19 November 2005).