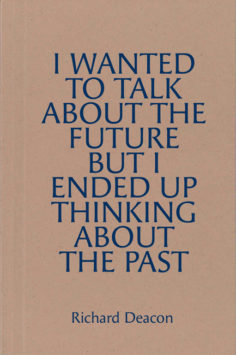 First delivered as a lecture, at the Central Academy of Fine Arts (CAFA) in Beijing on the 19th of March 2018, Richard Deacon’s new volume, I Wanted to Talk About the Future But Ended Up Thinking About The Past, provides a visual essay covering an epic historical sweep of the art of sculpture – from Paleolithic handaxes to 3D printers.

The book begins with an image of the front page of The Guardian from 28 November 1995 with a headline that claims JMW Turner’s fingerprints had been found on the surface of a painting, proving authorship and guarantee of authenticity.

Deacon then addresses how we put faith in historical accounts through evidence of ancient footprints or remnants of previous civilisations: “How do we know that a young adult walked across the floor of a cave in France 17,000 years ago? We know because he left his footprints behind.”

The essay and presentation also reveal some of the artist’s own ideas on authorship, authenticity and appropriation. He ends the text with a proposal for how sculpture might develop for artists in the future: “Culture doesn’t belong to us, we inherited culture from early humanity and they, in turn, inherited it from the natural world. We have been entrusted with this culture and there is a possibility that it can be enhanced and developed with the technologies that we are creating.” 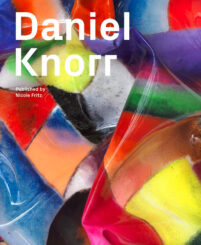 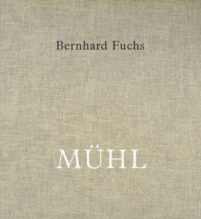