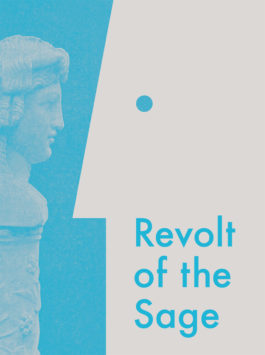 This publication features a compendium of texts and artworks that serve to expand The Revolt of the Sage exhibition themes of time, ruptures in history, and Giorgio de Chirico’s ‘Metaphysical aesthetics’.

Historical artists Alfred Böcklin and Nicolas Poussin complement the contemporary artists in Revolt of the Sage, with images of work both from the show and exclusively in the book, extending the exhibition into the space of the publication.

The book also includes a newly commissioned text on de Chirico’s painting The Revolt of the Sage (1916) by art historian Ara H. Merjian, as well as a lively, wide-ranging dialogue between Merjian and philosopher Jesse Prinz on de Chirico’s relevance to contemporary artists.