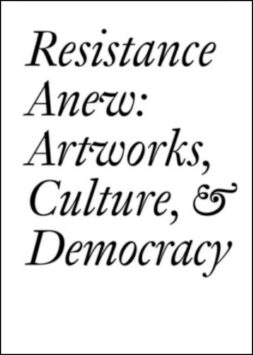 From specific case studies on artists (Nalini Malani) and recent events (StrikeMoMA, “artwashing”) to global reflections and philosophical essays about what it means and how to resist today, this book offers a polyphonic thinking about a burning topic in our ever more complex global world.

The core stakes identified by the 11 writers are the relationships between art and democracy, resistance as value creation, the oppositions between the personal and the collective, the so-called “system” and anti-system thinking, and how the art world can propose, accompany, and respond to today’s forms of resistance.

This volume is part of the Documents series, co-published with Les presses du réel and dedicated to critical writing.