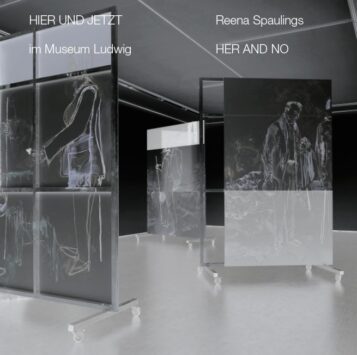 Who is Reena Spaulings?

Since 2004 the name has stood for various collective artistic activities. Initially Reena Spaulings was the title of a novel.
Around the same time, a gallery space in New York was founded, which since then has represented artists such as Merlin Carpenter, Jutta Koether, Claire Fontaine, and Klara Lidén.

Also in 2004, an artist collective was formed that operates under the name of the fictional artist Reena Spaulings,
creating collective paintings that are both reflective of the system and selfdeprecating. The comprehensive catalogue is the very first Reena Spaulings publication, including a richly illustrated chronology of the collective’s former work.