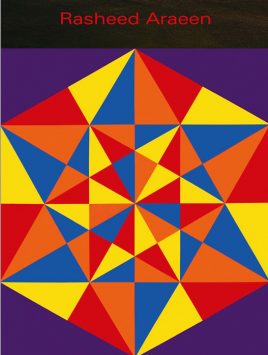 This retrospective monograph tracks over six decades of work by Rasheed Araeen (b. 1935, Karachi) who, in the 1960s, was a pioneer of minimalist sculpture in Britain. He is also the Founder and Editor of renowned academic global art journal, Third Text (est. 1987).

This book includes nine essays by renowned writers and curators such as Charles Esche, Kate Fowle, and Michael Newman, and a conversation with the artist that examine his self-described ‘journey’ and themes of equality, geometry, and universality.

Alongside an analysis of Araeen’s editorial and curatorial projects, this book presents an expanded artistic practice that in its scope and approach continues to challenge the formal, ideological, and political assumptions of Eurocentric modernism.