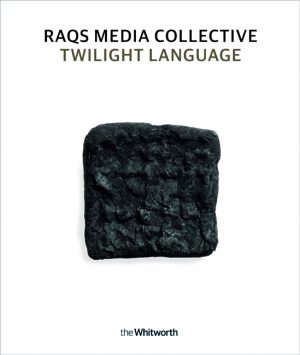 Their work, which has been exhibited widely in major international museums and galleries, locates them in the intersections of contemporary art, historical enquiry, philosophical speculation, research and theory – often taking the form of installations, online and offline media objects, performances and encounters. They live in New Delhi and work internationally.

This book, the accompanying catalogue to the artists’ largest UK show to date at the Whitworth, The University of Manchester (30 September 2017 – 25 February 2018), explores the many themes of Raqs Media Collective’s practice.

Three new essays by Sabih Ahmed, Mary Griffiths and Theodor Ringborg are accompanied by colour reproductions of all exhibited works.