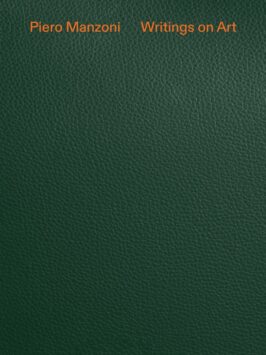 ‘Piero Manzoni: Writings on Art’ features 25 texts by Piero Manzoni, spanning from 1956 to 1963, the year of the artist’s premature death.

Selected by art historian Gaspare Luigi Marcone, all writings have been either translated into English for the first time or newly translated.

Each text is accompanied by extensive archival images and contextualised with editorial commentary.