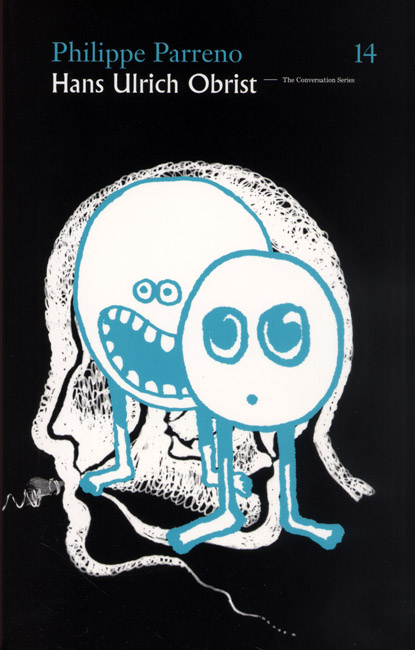 At the core of Parreno’s work as well as in his conversations with Hans Ulrich Obrist are his cooperations with different partners such as Rirkrit Tiravanija, Carsten Höller and Pierre Huyghe.

The book also thematizes more recent works such as Zidane: A 21st Century Portrait (2006) or Speaking to the Penguins (2007). Other partners are featured alongside Parreno such as the artist Douglas Gordon or the composer Pierre Boulez.

Parreno is a multilayered taleteller, he manifests himself as an interviewer, art critic, filmmaker – an investigating artist who constantly questions the choice of his materials.