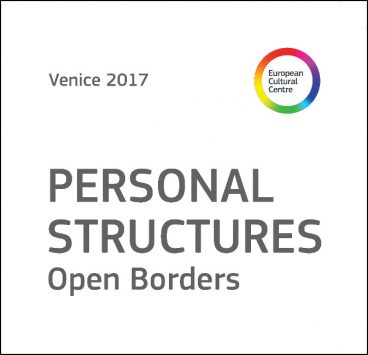 This publication accompanies the exhibition Personal Structures in the context of the 57th Biennale di Venezia (13 May – 26 November 2017, Venice, Italy).

Initiated in 2002 by the Dutch artist Rene Rietmeyer, the project Personal Structures has exhibited extensively and has been several times an official part of the Venice Biennale.

Organized by the GAA-Foundation and hosted by the European Cultural Centre, this exhibition will present around 200 artists from more than 40 countries. A combination of established artists and others whose oeuvre is less known. However, what they have in common is a dedication to the concepts time, space and existence.

Please note — There has been an ISBN change for this title. The catalogue was originally announced with ISBN 9789082655902.